Top Posts
How to Get Paid Market Research Studies and...
8 Travel Hacks to Save Money on Flights...
22 Things to do in Peru besides Machu...
My Argentina Budget!
Israel Budget ~ How Much Does a Trip...
My Cuba Budget
My Jordan Budget!
Using a Travel Agent vs Booking Online
Bamahenge and Dinosaurs in the Woods ~ Gulf...
Planning a Trip to Antarctica? How I Chose...
Home TipsCompanies Review Busabout Europe Flexible Trips Hop On Hop Off Bus Travel Reviews

Finding the best way to travel Europe in 2 weeks or 2 months can be tricky!  There are so many options when you’re planning flexible trips. For my first foray to Europe, I mostly did it by planes.  For my second, it was trains! But I decided I wanted to try something new for my third time: Automobiles/Buses with Busabout tours.  This has now become my favorite way to get around Europe and is one of my top travel tips for Europe.

What is Busabout Europe?

I stumbled across Busabout Europe and read a ton of Busabout reviews before I decided that it was what I wanted to try.  Lo and behold, it became my favorite way to travel around Europe cheap!

Busabout Europe is an Australian company that has small group tours all around Europe and Asia (and starting to blossom in the US too).  It’s also the source of the flexible trips Hop On/Hop Off bus pass! 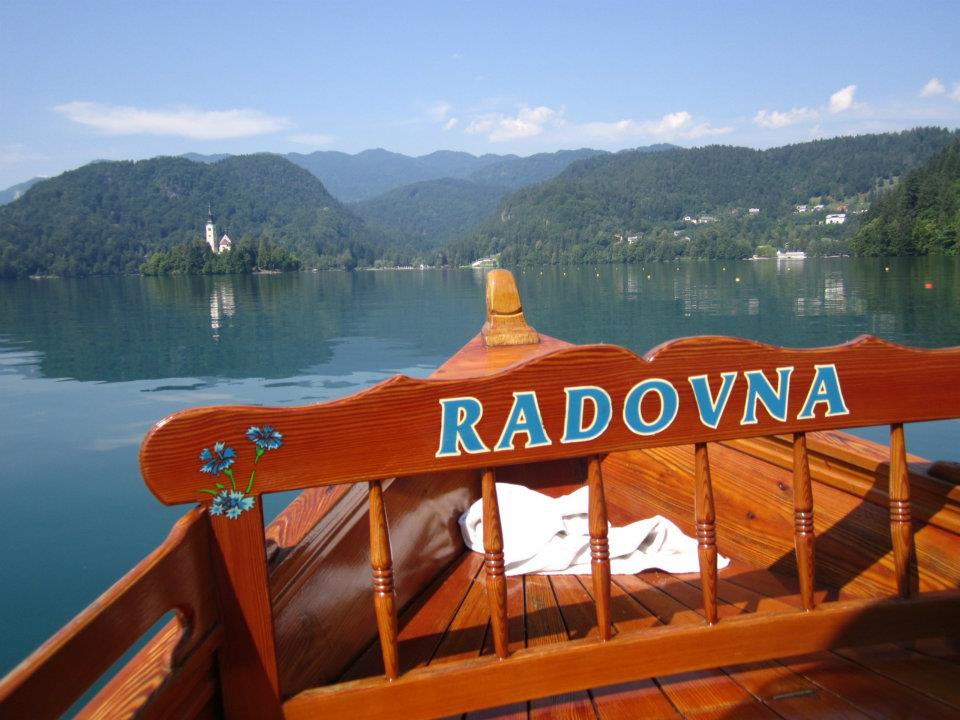 This is from beautiful Lake Bled! One of the stops!

Just like those buses you see in cities that take you all around the main sites of interest in a city with a tour guide (real or digital), that’s what these buses do! The only difference is that the buses go between the cities instead of just in one.

How to Create Flexible Trips with the Hop On/Off Pass

Have a look at this map of all the stops in Europe! You can get on at *any* stop you want.  You can either pre-book your seat online or you can just show up on the day and see if there’s room.  If you’re going during peak season, I would pre-book, or at least monitor to see how full the bus is.

Direct from their website, so it’s up to date!

Once you’re in “the loop” you can decide what stop you’d like to get off at!  Some stops are mandatory (circles) because the driver needs to sleep too, and some are optional (squares).

Read the Busabout Reviews to see what cities are the best!  Do try and see some of the optional ones! My faves would be  Lake Bled and Orvieto!

But What If I Want to Go to a Different City That’s Not on the Route List?

Well, that’s no problem! I also had some other places of interest that I wanted to see!  What I did was I went to the closest city to it on the pass, “Hopped Off,” and ventured off on my own!  Then when I was ready, I made my way back to the loop and “Hopped On.” It doesn’t even need to be the same city! 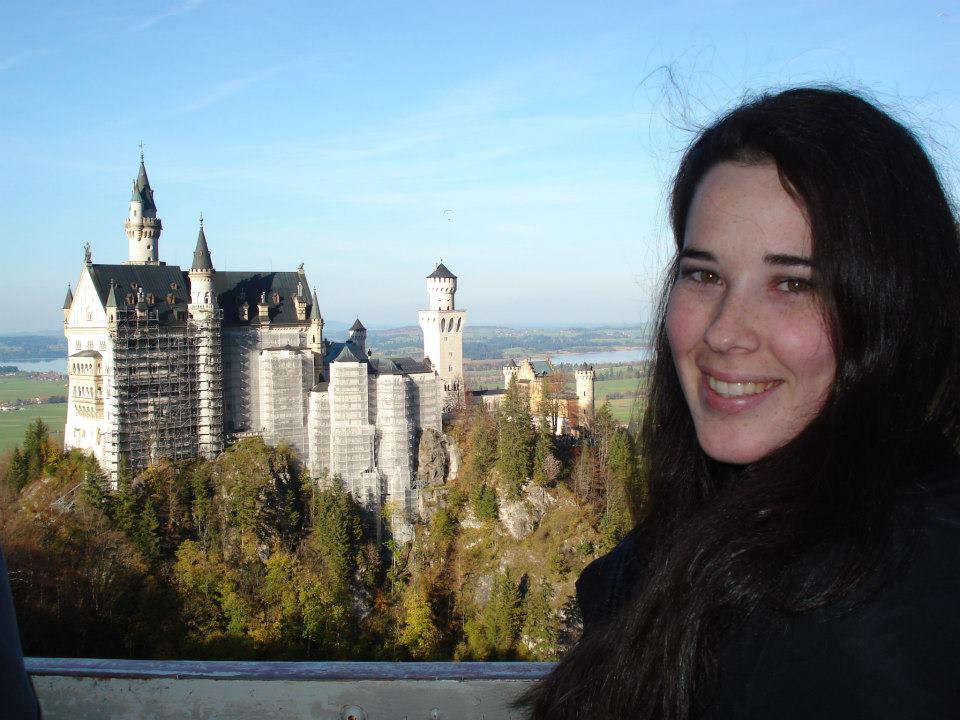 This is the Disney Castle off of the Munich stop!

What Are the Benefits to Using the Busabout Tours Hop On/Off Pass?

For me, the main benefit was that I was able to meet other travelers.  I often end up traveling solo because it’s hard for me to find others to travel with me because they either don’t have the time or the money to go.  Being on a bus with likeminded people was great and made it much easier to make friends! When I went on planes and trains, I was on regular transportation with business-people and families. It was a lot harder to make friends. Everyone on the bus was a traveler, and I knew we were all going to the same place!

I made a few friends, and sometimes they’d get off on a stop, and I wouldn’t.  But then we’d make plans to meet up in the next city. It made my trip a lot less lonely.  Later, I met back up with a girl I met on my Busabout Europe trip on a Busabout trip to Cambodia!

Being trapped on a bus might make you burn through all of your charges on your devices! I was so excited that the Busabout bus had charging ports!  I was able to keep my iPod, iPad, and phone all charged up! NEW: Every seat now has a charging port!

I remember the first bus leg I got on.  They put Up on and I was basically crying immediately lolol.  I digress! They do have movie screens and movies to watch!  Sometimes they are just movies that everyone loves, and sometimes the movies are linked to the city you’re heading towards!  Good for long time travels if you’re sick of everything on your devices.

NEW: They have a system called Roadcaster which lets you stream your choice of entertainment to your own device!

I use the term tour guide loosely here because the guide isn’t going to be walking around with you and telling you about ancient sites. However, the guide is there to answer questions about the cities you’re going to.  The guide will also point out interesting things you’ll see along the way!

Once you get closer to the city that is a stop, the guide will also tell you about things you can do in the city!  You’re even able to book some excursions through your guide. I like it because it is low pressure, and I can see what my new friends are getting into! 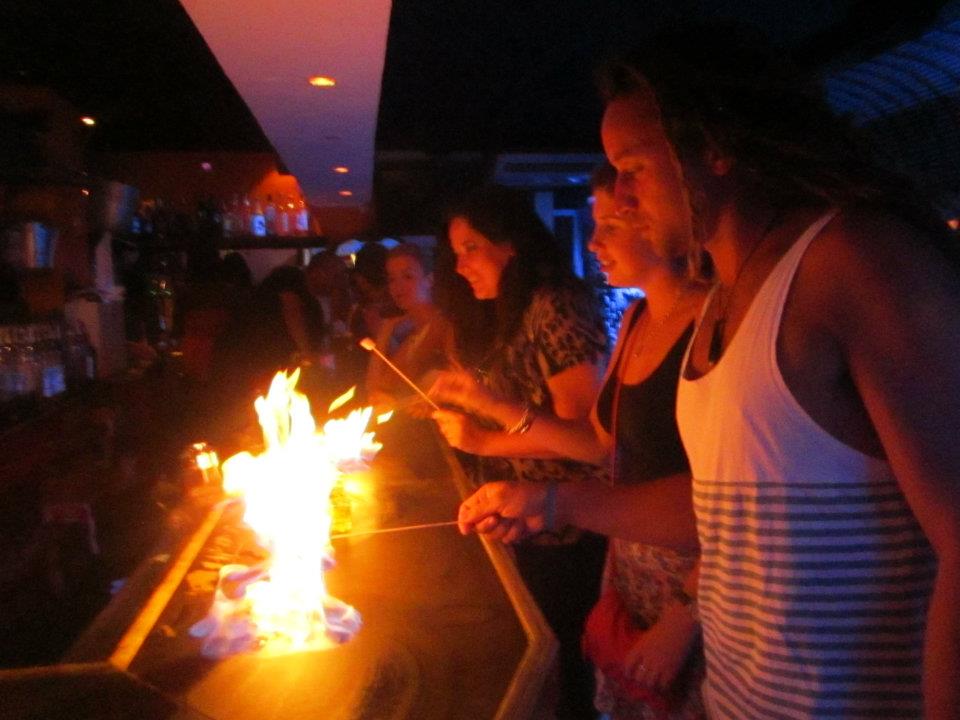 Sometimes your tour guide will show you a cool place to go!

Drops off/Picks up at the hostel

This was the most convenient. Normally when you arrive in a city, you have to figure out how to get to where you’re staying!  I always low key wonder if I’m getting ripped off by a taxi, or I’ll take public transportation which might be confusing.

What’s nice about the Busabout Bus Pass is that they pick you up and drop you off at the hostel!  You don’t have to stay there (but you can!) I particularly like to stay at the hostel the night before I want to leave because then I can wake up later since I’m already there.  The site will tell you where the hostel is so you can also find accommodations nearby if it’s full or you don’t want to stay there (sometimes I like having a private room).

I’ve actually seen a pretty wide range of ages on the tours, but on the buses, I’d say 18-35 is pretty standard.  That’s not to say that if you’re older you wouldn’t be welcomed, it’s just that’s not the norm.

I honestly think it’s more the age you feel.  Travel is something that calls to people differently.  A 25-year-old who wants luxury travel wouldn’t like this as much as a 40-year-old who likes to just roll with it, you know?

Another stop!Not an official one, just one of the breaks

The bus is pretty comfortable (especially if you bring your own neck pillow and blanket like yours truly), so no worries there.  A benefit of traveling by bus instead of by train is that the bus stops every 2-3 hours, so you can stretch your legs, use the restroom and buy some snacks!

And as mentioned above, there are charging ports to keep your stuff charged, and a tour guide to keep you informed! 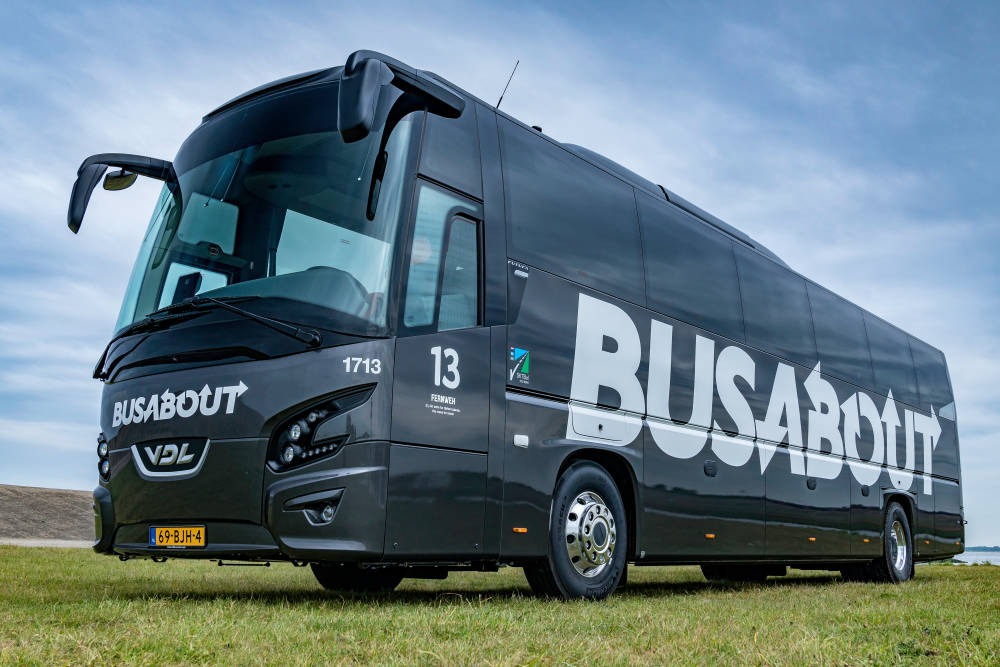 What’s Included with the Pass?

The bus rolls through every other day with or without you, so you choose when you want to leave!

You too could take this lovely picture in Budapest!

Is Busabout Tours for Solo, Couples or Groups?

Really, it’s for anyone! I used it predominantly because I was solo, but I didn’t necessarily want to travel alone.  I thought it was great to link up with people and make friends! I met a lot of other solo travelers, friends, and couples! 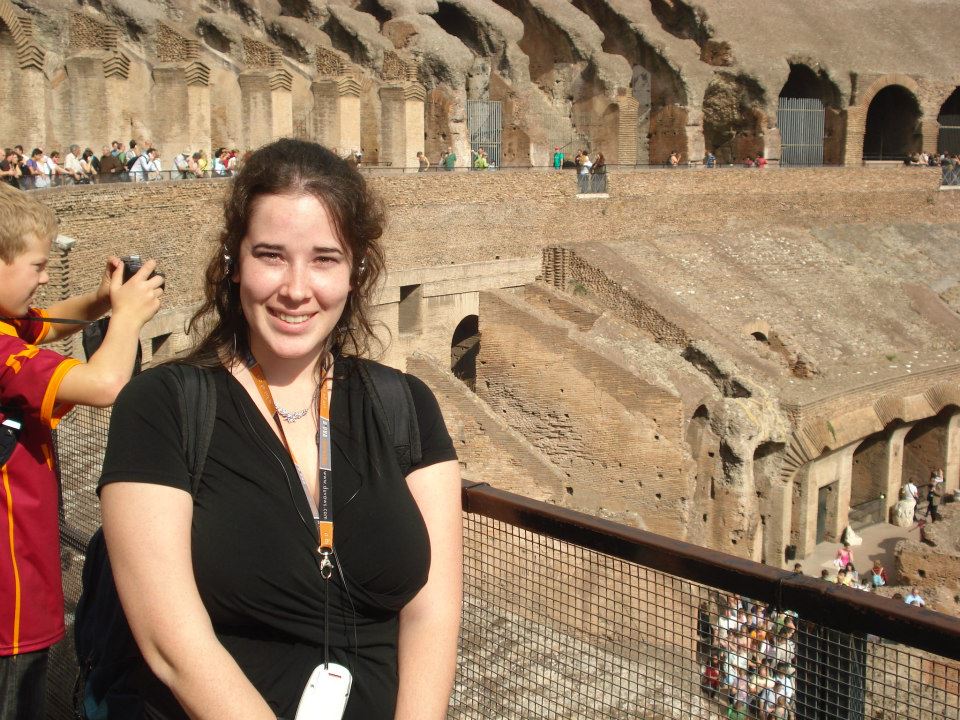 If you make friends, be sure to check the pics they take before you move on 🙁

Sounds Amazing! Where Can I Get This Pass for Bus Travel in Europe?

You have a few options! If you’re feeling like you’re ready to get it yourself, you can go here!  If you’re feeling a little confused about your options, contact me! I’m a booking agent and will happily help you plan your awesome trip!  Not sure if an agent is right for you? I wrote up a little something about using a travel agent!

Pin this for later!! 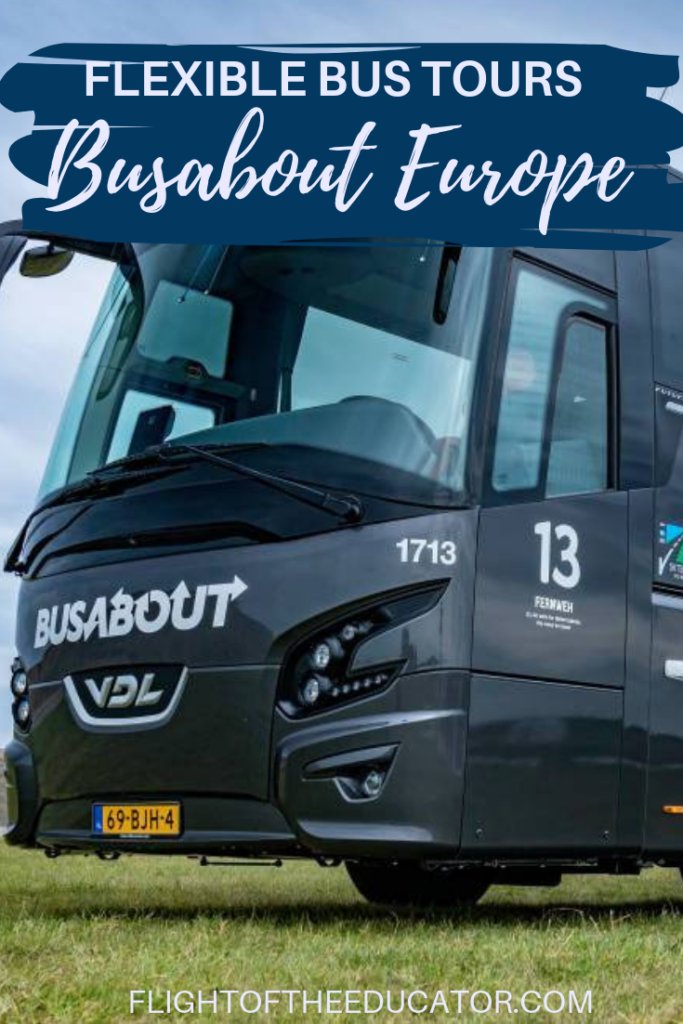 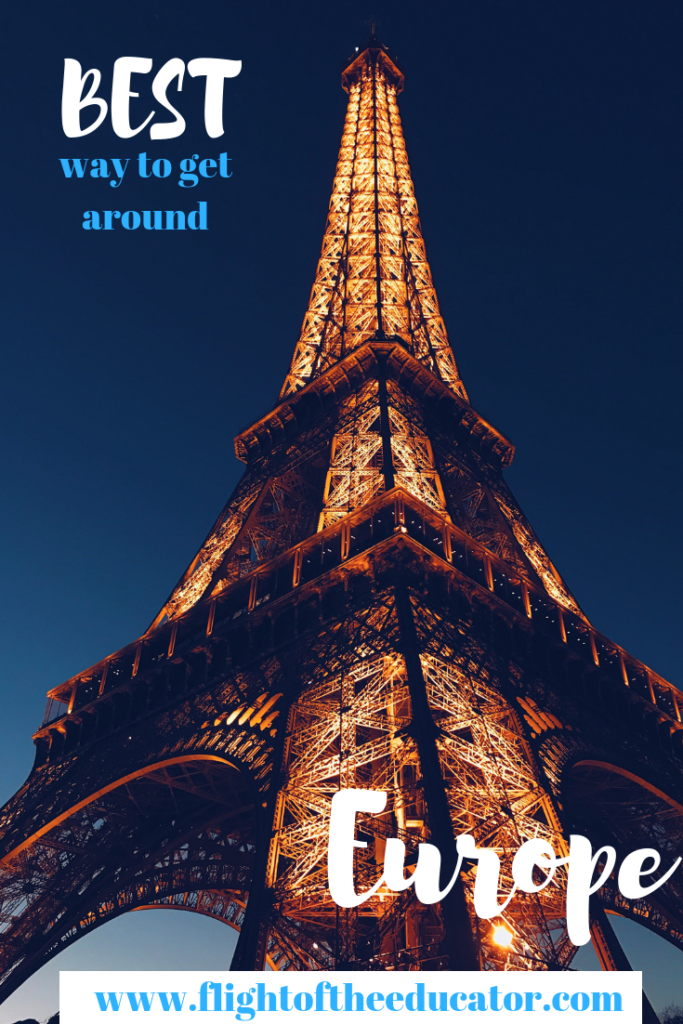 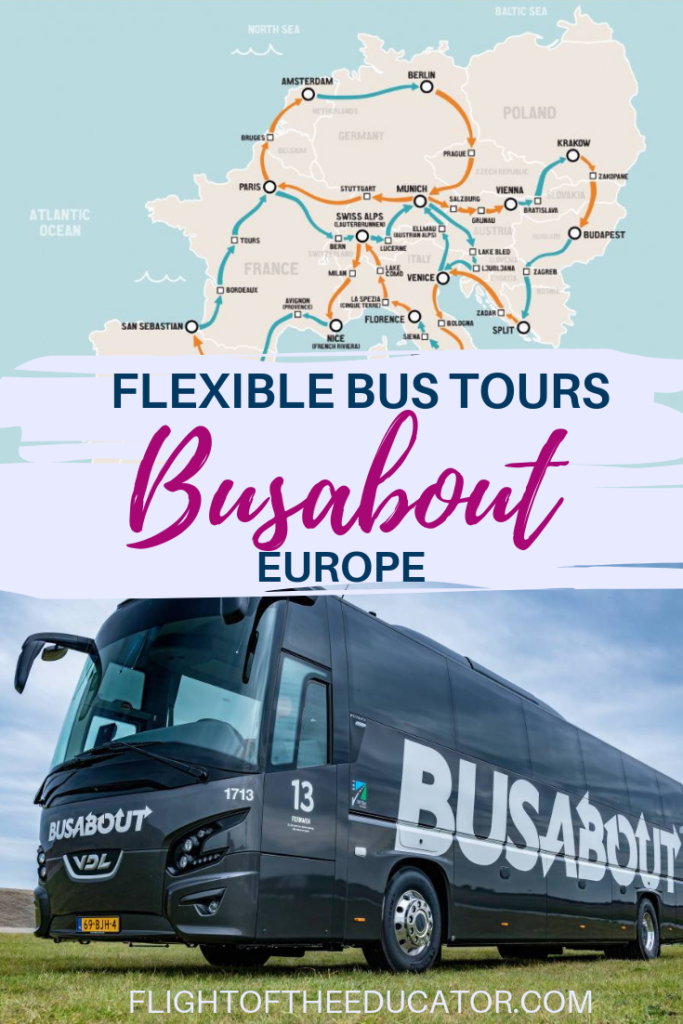